By 2030, the government wants 90% of all formal jobs to be created by SMEs. Yet, while they are considered the solution to the economic and employment problems of South Africa, it is small businesses that in fact need the lifeline.

This as business is only good for 10% of them. The rest is being knocked by a financially stressed customer who has pulled back on purchasing (55%), unreliable and expensive utilities
(47%), rising operating costs (58%) and late payments, affecting their ability to trade. So reports the Retail Capital “Roll With The Punches” Survey.

‘Small businesses are burning the midnight oil to keep the lights on and our people employed. They’re your local woodworker, craft beer distiller, the face of the shish n’yama, and poultry farmer. They get up every day and fight the good fight, to feed their families and bring home the bacon, all the while trying to contribute to our economy. But it’s not easy. Our entrepreneurs are operating in an extremely challenging environment,’ said Retail Capital’s Chief Executive Karl Westvig.

He added, ‘Our entrepreneurs are operating in an environment that is extremely challenging. If it’s not load-shedding, it’s late payments, transport issues or undercutting competitors, to name just a few. They’re digging deep to keep their doors open, often self-sacrificing and taking a salary cut instead of subjecting their staff to a short time, reduced pay or retrenchments.

Collectively, they keep 10,8-million people employed, accounting for 66% of all formal jobs, contribute 20% to the GDP and pay 6% of corporate taxes. They are our lifeline’.

Technology and rapid digitization is also affecting SMEs, with a noteworthy 32% saying that it is a threat to their business. “Many small businesses don’t have the luxury of looking at digitization, they are focused on sustaining their current businesses. Given the majority of SMEs employ fewer than 3 people, keeping up with technology is the last thing on their minds. They often don’t have time to work on their business vision, or plan too far ahead as they are tied up in the operational daily grind. Unfortunately missing this trick could affect their sustainability and longevity,” said Anni Wilhelmi from the Women President’s Organisation.

To make ends meet SMEs often self-sacrifice, taking a salary cut before implementing short-time or retrenching (58%). Arifa Parkar from the Western Cape Business Opportunities Forum said, “With SMEs, relationships with staff are often more intimate and they are aware that when they retrench an employee, they retrench an entire family”.
13% also start a side hustle to diversify income streams or identify a gap in the market where there is demand, often in niche industries. So while 17% of SMEs are in retail, specialist services (15%), construction (9%), hospitality (6%) and owned restaurants (5%), the majority are running small businesses such as owning a biscuit brand, selling bags and perfumes, printing labels, offering vehicle finance and childcare and even manufacturing tutu sets.

More women are also starting their own businesses with 65% of the survey identifying as female, “11 years ago when I started the National Small Business Chamber (NSBC), only a few members were women. Now they’re dominating the SME sector,” said the Chamber’s Chief Executive Mike Anderson.

Entrepreneurs are also putting in the graft, with a noteworthy 82% saying that hard work is the most essential characteristic of being an entrepreneur. 60% said having a good attitude was key, and 53% claimed that commitment was critical. Qualifications were seen as way less important.

There is no doubt that being an entrepreneur is an extremely difficult endeavor, especially when times are tough and it’s hard to make ends meet. But they have grit, and many have survival strategies up their sleeves such as: Keeping overheads low, recruiting carefully, delivering products on time and as promised, negotiating the best prices with suppliers, and getting on-board with new technologies.Waheed Adam from The Entrepreneurs’ Organisation said, “It’s also important to seek assistance. Growing up as a black South African, I didn’t know how to access support services, but I did seek a mentor to gain knowledge from. There are so many mentors out there and many of them will do it for free”.

“The report’s data provides a sense of how brutally tough it is out there. My advice to small businesses is to dig deep, there are no shortcuts. It’s going to be hard, but put in the time and ride it until you come through on the other side. What happens now doesn’t mean it will happen in six months’ time. I think we have gone to as low as we can go. Once SMEs see hope, they will see through the curve,” concluded Westvig. 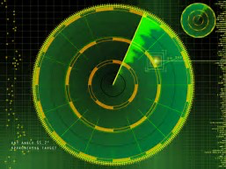